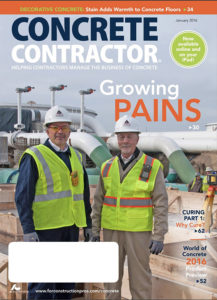 A Company doubles its gross sales, how they regained control.

There is an old adage, “the only thing worse than having no work is having too much.” That’s what happened to the Lindblad Construction Company based in Joliet, Illinois. They were a $27 million gross sales company in 2011, going along as they always had. But then sales started to increase dramatically as the economic depression eased for the construction industry-you don’t refuse work from your trusted clients-and by the end of 2015 their gross sales is expected to be near $60 million. Mark Stadalsky, the company’s vice president, said they suffered through huge growing pains and found themselves no longer able to keep the office organized. “We were three months behind in monthly financial statements, there were piles of vendor invoices filling table tops, they didn’t know if they were making or losing money (fortunately they were making money) because oct accounts were rare, and we were using dozens of spread sheets that didn’t relate to each other. We knew it was time for a change.” It was a very stressful time for everyone.